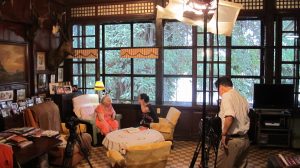 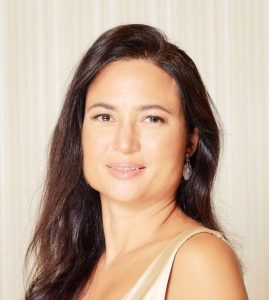 Sunshine Lichauco de Leon has been a freelance journalist based in Manila, Philippines for the past eight years. She has written for international media including The Guardian, Forbes Asia, CNN.com, Los Angeles Times, Globalpost.com, NBCnews.com and USA Today. Sunshine has also reported for American and British public radio programs such as PRI/BBC’s “The World”, NPR’s “Newscasts” and BBC’s Outlook. When not reporting, she has worked as a local producer for foreign documentary teams on projects for BBC Radio, Australia’s SBS, Europe’s Arte Channel, and America’s Public Broadcasting Station, and as a fixer for foreign TV news media, including CNN International and NBC News. “Curiosity, Adventure & Love” is her first film. She has also just written her first children’s book, “Goatee – the REAL Kid…why children are not kids” 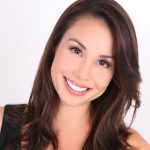 Suzanne is an international documentary film and television producer. She has produced award-winning films and critically acclaimed programs for networks such as PBS, A&E, Animal Planet, ARTE France, Wetv, Discovery International, and ABS CBN Philippines. Her projects include Maravilla, a feature length documentary about middleweight boxing champion Sergio Martinez, which premiered at the Tribeca Film Festival in 2014, as well asBeyond the Silence, an investigative documentary about the rising tide of sexual violence on college campuses across America. Other projects have focused on NGOs in Africa and have included a series of short films for ActionAid International and The Gates Foundation about the empowering of women farmers. In 2016, she produced and co-directed the feature documentary Curiosity, Adventure and Love,which received five awards including a Special Jury Prize at the World Premieres Festival Philippines and Best Documentary at the Soho International Film Festival.

Justin is an award-winning documentary filmmaker and journalist whose work has aired worldwide on The National Geographic Channel, Discovery, and PBS, among others. His work as a producer, writer, and editor includes the Emmy nominated Hard Time series for National Geographic and the Genesis Award-winning Animal Planet Investigates: Canned Hunting. In 2015 Justin started Elephant Lake Productions, a company dedicated to using the art of filmmaking to explore humanitarian, scientific, and environmental perspectives of our ever-evolving world. Elephant Lake’s first film, The Burning Field, will premiere in 2017.