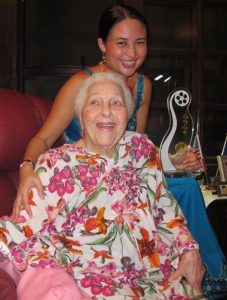 Excellence Award for the categories of Human Spirit and Biography

Exceptional Merit for sub-categories of Viewer Impact: Motivational/inspirational and Editing

Curiosity, Adventure & Love was invited to participate in their DOC/PLAYER film library during their film market at the Sheffield Doc/Fest from June 9-14th. 2017 in England.

Curiosity, Adventure & Love competed in the “Filipino New Cinema” category of the 2016 World Premieres Film Festival Philippines, where it was awarded a Special Jury Prize for documentary.

The festival was held in Manila from June 29-July 10th, 2016, and the film was screened five times at SM Megamall and SM Edsa Malls. It was later specially chosen to screen in Baguio, Ilo Ilo and Davao cities as part of the Film Development Council of the Philippines extended screening series.

It also exhibited at the Cinemalaya (Philippine Independent Film) Festival in Manila on August 5-14, 2016 at the Cultural Center of the Philippines (CCP)’s Little Theatre.